Over the last year and a half, I have been talking to people, mostly friends & family about privacy. I was not surprised to find that their privacy perceptions and definitions differ. Why wasn’t I surprised? Because privacy is a complex notion that has been giving a headache to researchers from various fields for a long time. Therefore, I thought that in this post I will try to provide a very short history of privacy and give a few examples of its definitions.

The good news about privacy is that eighty-four percent of us are concerned about privacy. The bad news is that we do not know what we mean. (Anne Branscomb)

Privacy issues are widely discussed in modern media and sometimes even in our households or work. However, the concept of privacy is not new.  In ancient times, Aristotle drew a distinction between the public sphere of politics and political activity, the polis, and the private or domestic sphere of the family, the oikos, dividing life into two main spheres. Other ancient philosophers differentiated between inner and outer,  society and solitude.

Later, the fact of ownership (mainly the land ownership) resulted in an even clearer distinction between what is private and what is public. But an intensive debate started with the technological development, precisely with photography and its use in journalism, and journalism in general. In the late XIX century in the USA, there were growing numbers of cases of people complaining about interviewing methods and inappropriate use of photography by journalists. One of the most famous and crucial starting points of discussion on privacy was the article from Harvard Law Review authored by Warren and Brandeis, called The Right to Privacy (1890). The main reason for the article was the fact that The Saturday Evening Gazette published information about Warren and his wife, and their activities in an ‘exaggerated’ way. Hence, Warren and Brandeis started the debate on whether it is fair to publish information including thoughts or emotional opinions without the consent of their authors. On the other hand,  at the same time in the USA were cases of ‘unlawful’ photographs being used for commercial purposes, photographs of people obtained and exposed without their knowledge.

Historically, the instances of privacy violations became frequent within the XX century. Due to the rapid technological progress, there were cases against wiretapping, psychological tests, lie detectors. The turning point, of course, was the development and increased accessibility to computers and digitization of various aspects of life, resulting in video surveillance, biometrics… currently, the list of methods for data collection is extensive. And the most concerning aspect of it is that often such data is collected in the background when people are unaware and unable to decide whether they want it to happen or not.

So what is privacy, especially in such a complex landscape?

There are multiple definitions of privacy. For instance, according to the Oxford dictionary, privacy is a state when we are not observed or disturbed by others, when we are not affected by public attention. The United Nations Human Rights Declaration states: No one shall be subjected to arbitrary interference with his privacy, family, home or correspondence, nor to attacks upon his honor and reputation. Everyone has the right to the protection of the law against such interference or attacks. Despite the existing definitions and rights which should be granted to every human being, in today’s digital world, the term privacy becomes even more complex than in the other fields. I believe that there is no need for one definition of privacy, and I strongly agree with Helen Nissenbaum that to pursue the research and improve privacy we do not need to focus on it, but instead focus on the context and social norms that shape it.

[…]many have embarked on the treacherous path of defining privacy. As a prelude to addressing crucial substantive questions, they have sought to establish whether privacy is a claim, a right, an interest, a value, a preference, or merely a state of existence. They have defended accounts of privacy as a descriptive concept, a normative concept, a legal concept, or all three. They have taken positions on whether privacy applies only to information, to actions and decisions (the so-called constitutional rights to privacy), to special seclusion, or to all three. They have declared privacy relevant to all information, or only to a rarefied subset of personal, sensitive, or intimate information, and they have disagreed over whether it is a right to control and limit access or merely a measure of the degree of access others have to us and to information about us. They have posited links between privacy and anonymity, privacy and secrecy, privacy and confidentiality, and privacy and solitude.

Believing that one must define or provide an account of privacy before one can systematically address critical challenges can thwart further progress. (Helen Nissenbaum)

The complexity of privacy relates to its sensitivity toward context. As it is clearly defined in the Stanford Encyclopedia of Philosophy, privacy can refer to a sphere separate from government, a domain inappropriate for governmental interference, forbidden views and knowledge, solitude, or restricted access, to list just a few. Clearly, nowadays, the physical aspect of privacy seems to play a lesser role and more attention is focused on digital, information privacy. Constantly growing ubiquitous computing and continuous data flow in the ecosystem of interconnected applications make it difficult to control privacy from the perspective of the user as well as the service provider.

Over the last few decades legislative bodies, both from the USA and Europe, were trying to regulate this process and improve privacy by various legislation. As a result, in Europe, starting in May 2018, companies will have to comply with the new General Data Protection Regulation (GDPR). And still, the regulation does not provide a clear definition of privacy, however, it aims to protect citizens from its violations, define peoples’ rights, and requires service providers to ensure that people are aware of privacy policies. Let’s hope that regardless of the complexity of privacy, the regulation will bring a change and allow us to enjoy technology while feeling in control of our privacy and fully aware of the risky decisions we make every day.

Holvast, J. (2008, September). History of privacy. In IFIP Summer School on the Future of Identity in the Information Society (pp. 13-42). Springer Berlin Heidelberg

This site uses Akismet to reduce spam. Learn how your comment data is processed. 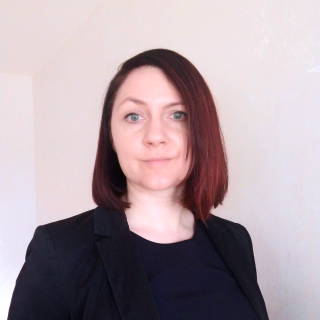 I hope you are visiting this site because you like to read, you are curious about my work and its results.

Please, feel free to comment, follow me here or over social media, or message me at any time!

I hope to hear from you,

Find me at the University